Well we are slowly but surely closing the gap between our blog posts and real life – the only problem being it seems like we’re shooting a new session every day!  Maybe sometime in the winter…oh well… On to Megan and Josh!  We were initially booked by Megan’s awesome mom Vanessa after she and I met and saw each other twice in a row last summer.  On the second time I saw her, she remarked “I guess this means you’re supposed to shoot my daughter’s wedding!”  And are we ever glad that chance meeting brought them to us!  The great thing about our job is that there are no two weddings that are exactly the same.  Then there are those weddings that are so far removed from the traditional wedding, that we get really excited.  As I’m sure you’ve already guessed – this was one of those weddings!  Megan and Josh are definitely not what you would call a “typical” bride and groom and Ted and I really dig their look.  As you will see from the following images… 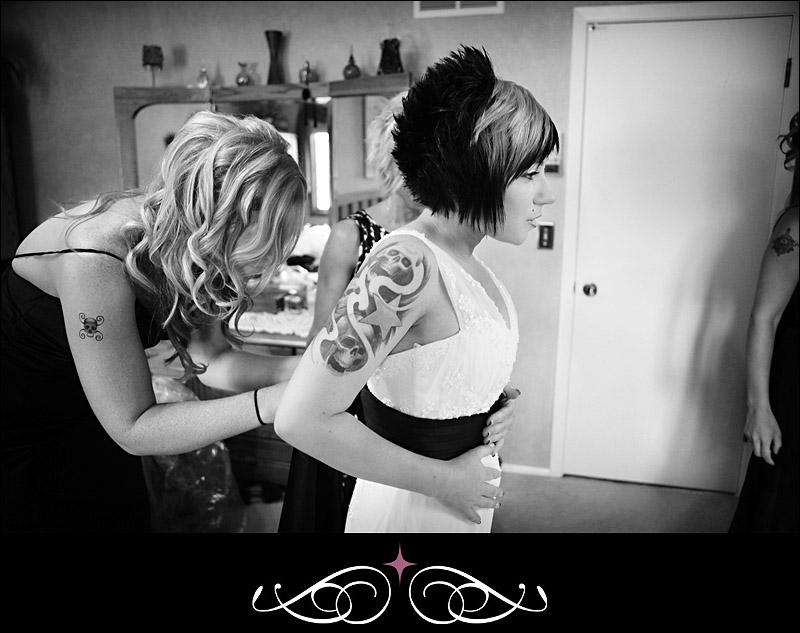 The thing I love most about Megan and Josh’s look is that they really own it.  They don’t just try to look cool, they ARE cool.  They even had cool rings!  And yes – those are black diamonds in Megan’s bands… 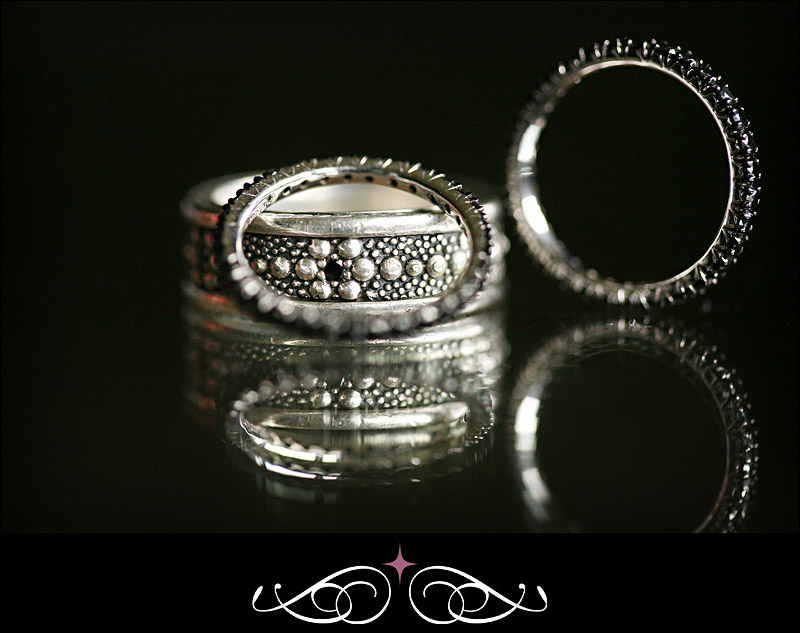 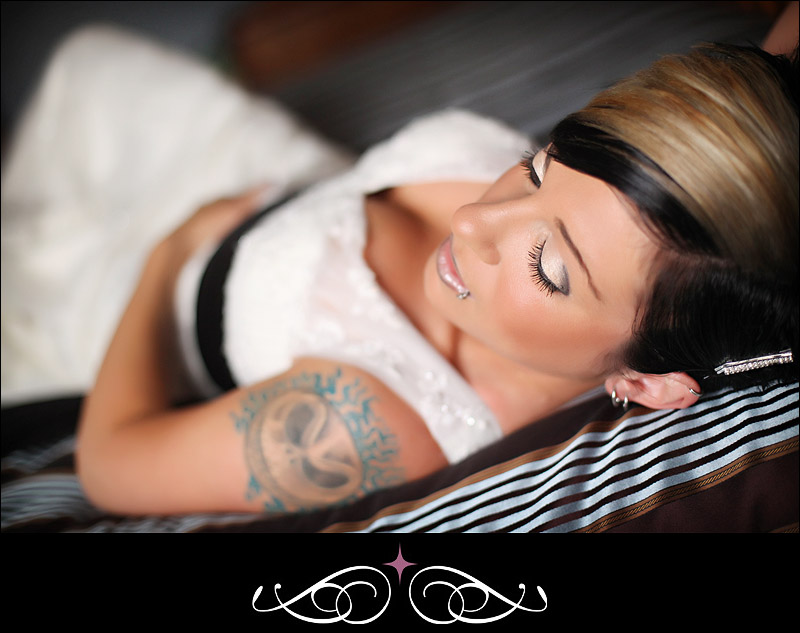 Oh yeah – and she had black shoes!

Obviously you can’t expect this groom to wear tux shoes can you?

Pretty much the coolest groom ensemble ever.

I crazy love this:

The only semi-traditional part of the day!

The best thing about Josh’s look is that he shared with his groomsmen and even the ringbearer!

It was in the morning that I started to get excited about later.  Ted and I had some ideas that we were hoping would work well with their look.  We shouldn’t have had any doubt!

With every image we captured, it seemed like Megan and Josh got more and more into it…  One of my favorites of the day, and man did they own it!

This bridal party was crazy, yet awesome.  Talk about personality!

Ted and I were a little worried about the next spot.  It’s pretty grungy and dirty, and yet one of our favorite places lately.  It’s not for everyone, but we thought it would be perfect for Megan and Josh.  Any worries we had instantly vanished when we pulled up and Megan and Josh took one look at the place and said “This is AWESOME!”.  <sigh of happiness>

One of the first shots we did here ended up being another one of my absolute favorites.  This is how it went: “So Josh, do you have tattoos on your chest too?” Josh: “Yeah” *Rips shirt open*  Definitely a photographer’s dream…

The best part of this for me is Megan’s hands!

This place rocks my socks…

Oh how I love grungy doorways and Megan combination…

Josh kinda worked it too…

We thought we were done and then Ted spotted this (you got it) reflection and popped it off in 2 seconds!

Even the cake wasn’t typical.  How many brides get excited to see the cake topper has skulls on it?  🙂

The party only just began!

This beautiful lady is Megan’s mom!!

End of the night shots were some of my favorites. ever.  Since Megan and Josh first met in a bar, this shot was appropriate.  I love the color in this photo more than anything!

This day was exciting!  Thank you Megan and Josh not only for being who you are, but for bring willing to do anything!  Big shoutout to my mom Tammy and sister Emma for assisting us this day as well!